Featuring recent singles “Beautiful Fiction”, “The Everest” and the newly premiered “Young Sovereign”, you can preorder the album here:http://music.basickrecords.com/album/the-summit-lies-skyward

For us, this is the culmination of our three years as FOES, the latter half of which we have spent creating and considering every single element of this record. We have done so with the ambition of making a debut that truly and uniquely captures this band, and we hope this album can mean as much to someone else as it does to the four of us 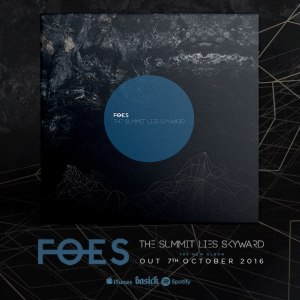