Amazing progressive funk-metal heads Thank You Scientist have released the latest dates in their forthcoming European and UK tour which is going to be absolutely outstanding!Be sure to catch them at one of the following: 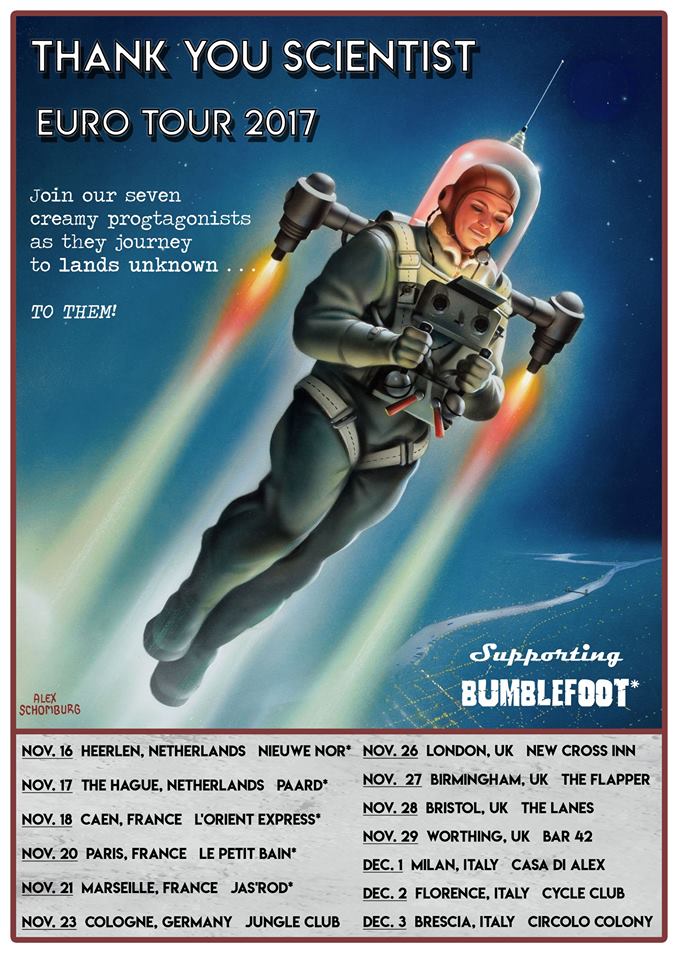